In this case study, we will explain the added value and services that TOYOTEC can provide to our customers.

Challenges in “Arrangement, Procurement, and Assembly” for a manufacturer of optical-unit-embedded products

The customer faced an issue on the impact of the “dispersion of suppliers” to various areas.

Suppliers and factories has spread out throughout the Asian region, with TOYOTEC producing the lenses, Company A in Vietnam producing the product housings, Company B in Japan producing the optical sensors, Company C in Korea producing the machined parts, and the assembly plant in China.
In particular, when irregularities occurred, such as the release of a new model or the sudden receipt of an order from the head office to increase production of a particular model, the procurement staff were forced to use all kinds of means, such as e-mail, fax, and telephone; and production deadlines were rapidly increasing.

The impact of the problem was noticeable during production launch of a new model, when there were many parts whose production quality had not yet been stabilized, and the amount of work involved in returning defective products to the production plant, requesting additional production, adjusting delivery dates, etc… They were extremely confusing and interfered with normal operations.

90% reduction in man-hours, thanks to TOYOTEC’s integrated production proposal.

TOYOTEC’s sales staff already had an idea of how difficult it was to make arrangements and give assembly instructions from each supplier. One day, we had an opportunity to actually hear about the difficulty of the work through communication with the person in charge of procurement. We suggested that TOYOTEC could provide integrated production services.

TOYOTEC has production and assembly plants in China and other parts of the world, and also has a wealth of experience in OEM and other in-house production. In the past, TOYOTEC has produced complete sets of lenses for consumer SLR cameras, and has a long track record in parts arrangement and assembly.
We also have an assembly plant skilled in performance evaluation and quality correction, as it is impossible to evaluate the quality of a lens until the unit is assembled.

Therefore, we have decided to use our production technology to carry out some of the production at our customer’s plants in China at TOYOTEC’s China plant. As a result, the number of man-hours required by the person in charge was naturally reduced, and both yield and lead time improved, leading to the person in charge receiving an award from the head office for the improvement.

Today, TOYOTEC’s assembly deliveries have increased more than tenfold, and the staff in charge is able to devote more time to the procurement of new and important models that requires more energy and man-hours. According to the staff member in charge, the man-hours required for the normal flow of products has been reduced to about one-tenth of what it was at one time, and he still thanks us every time we meet.

If you are concerned about the high man-hours required for procurement and arrangement, please contact TOYOTEC. 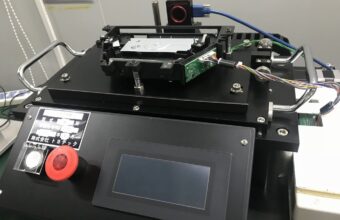 In this case study, we…
We use cookies on our website to give you the most relevant experience by remembering your preferences and repeat visits. By clicking “Accept”, you consent to the use of ALL the cookies.
Cookie settingsACCEPT
Manage consent

This website uses cookies to improve your experience while you navigate through the website. Out of these, the cookies that are categorized as necessary are stored on your browser as they are essential for the working of basic functionalities of the website. We also use third-party cookies that help us analyze and understand how you use this website. These cookies will be stored in your browser only with your consent. You also have the option to opt-out of these cookies. But opting out of some of these cookies may affect your browsing experience.
Necessary Always Enabled

Any cookies that may not be particularly necessary for the website to function and is used specifically to collect user personal data via analytics, ads, other embedded contents are termed as non-necessary cookies. It is mandatory to procure user consent prior to running these cookies on your website.